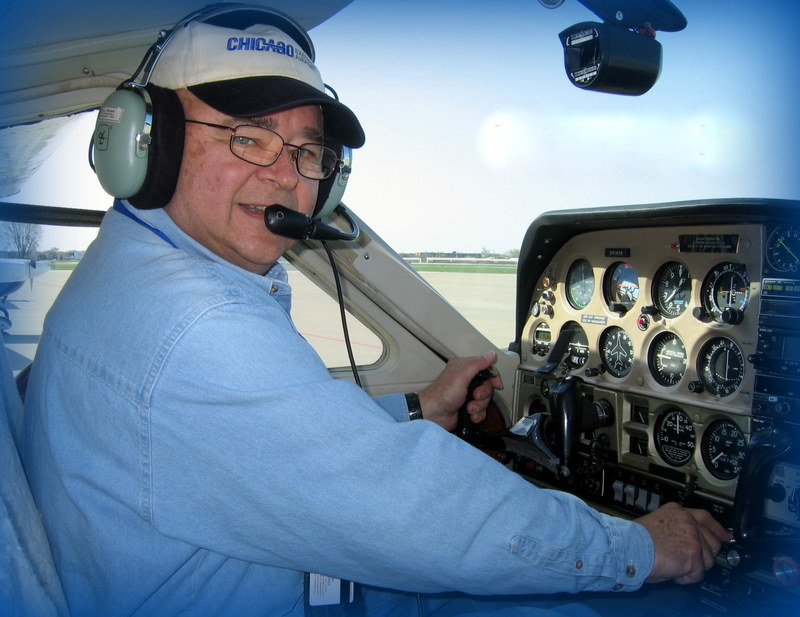 Do You Know Lou Wipotnik?

There aren’t too many things around PWK that date back to 1957. The old timers still call it Pal-Waukee Airport and will probably never stop.

The airport’s original control tower built above hangar 4 in the 60s was torn down years ago and replaced by a more modern structure where controllers keep an eye on things from high above, just east of Signature Flight Support’s ramp. In the 50s, the only way for an airplane on the ground to reach Runway 16 for a south takeoff was to wait for a gap in traffic and scoot the opposite way up the runway for a quick turnaround. Back in the late 50s and early 1960s, student pilots were often seen practicing their landings and takeoffs on Runways 24 Left and 30 Left, surfaces turned into taxiways decades ago. In the airport’s busiest days of the late 1960s and early 1970s, takeoffs and landings often hovered between 200,000-225,000 each year. In 2016, airport traffic totaled about 79,000.

If you’ve been hanging around the airport for any length of time however, there’s one fellow you might have seen or perhaps even met … Lou Wipotnik. He first came to PWK in May of 1957 when he learned to fly at Sally’s Flying School on the east side of the airport. Don’t look for Sally’s though either … the place has been closed at least 30 years.

Lou earned his Flight Instructor rating in 1968 and has been teaching in airplanes & helicopters ever since, having worked at most of the schools on the airport at one time or another. He currently instructs with Fly There and Leading Edge Flying Club at hangar five on the west side of the field and flies as an independent instructor with aircraft owner pilots at PWK.

Lou was named the FAA’s U.S. Flight Instructor of the Year in 1996, as well as having reached the Master Flight Instructor Emeritus status in 2016. He certainly hasn’t been slowing down any, even after 60 years at PWK either. Lou was inducted into the Illinois Aviation Hall of Fame in May of last year.

A longtime member of the Chicago Airport Pilots Association, Lou served two terms as club President between 2001-2004 and has been active with the Civil Air Patrol for 32 years. Lou still teaches a variety of aviation safety seminars in the Chicagoland area as a FAASTeam Representative for the FAA FSDO #3.

“Lou is a go to guy for aviation education. He always replies in the affirmative if you need a speaker and has donated his time and effort over and over and over again. I remember especially his aviation club from before 1986 with regular tests to keep the pilots sharp and his great IFR presentations at the 99s Safety Seminar. So glad he’s shared his expertise with so many for so long and so well.  Congrats LOU on the first half of your career ?.”