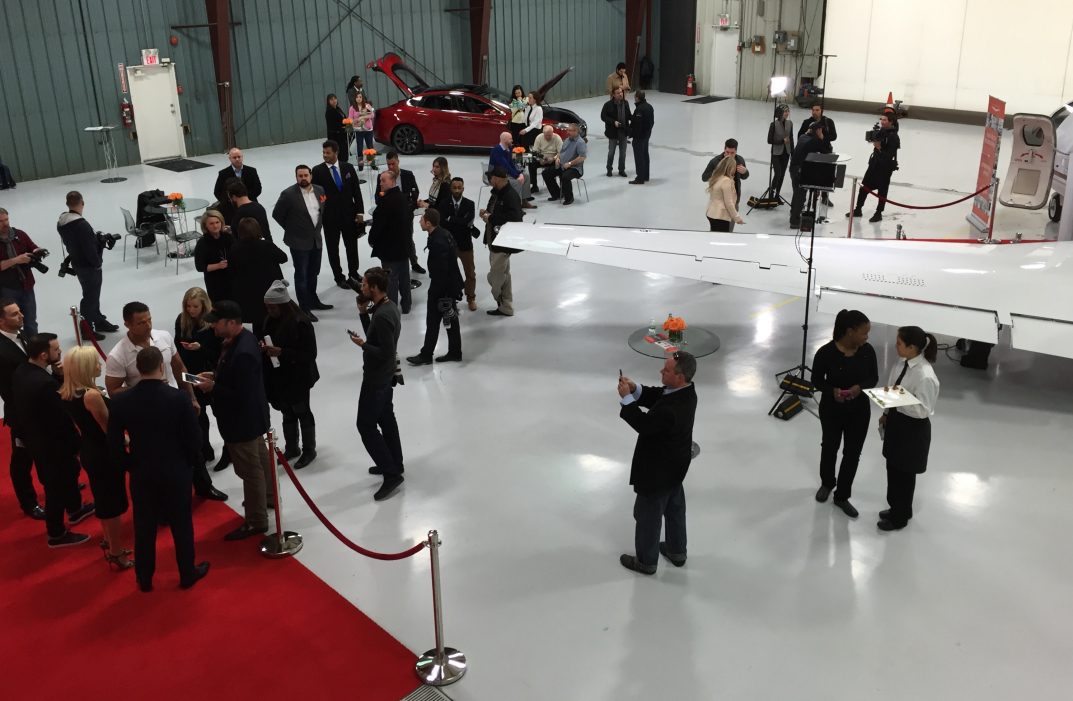 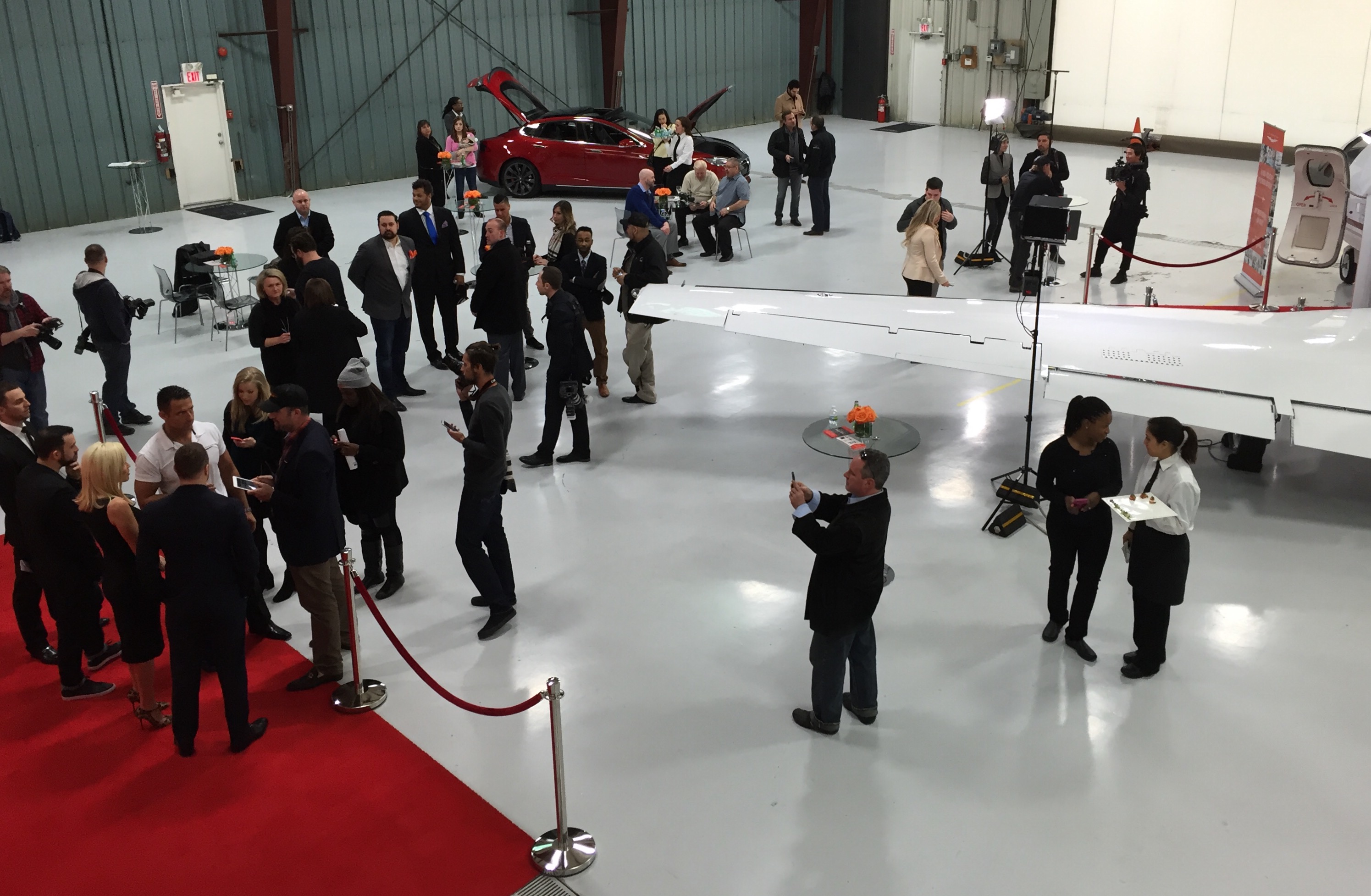 Hangar 11 was busier than it has been in some time.

In case you missed some of the action this past week, both airport people and a number of star-like visitors gathered around the airport to learn about.

Last Friday night, hangar 11 became the center of attention for dozens of people cheering on the launch of JetSmarter. The night was highlighted by a visit from comedian Jenny McCarthy and her husband Donnie Wahlberg. Note the accompanying photo with our own Signature Flight Support honcho Al Palicki. 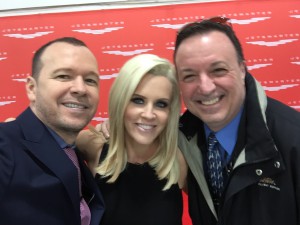 JetSmarter is making private air travel accessible through a mobile app that seamlessly connects travelers to private jets at attractive fares worldwide, in real-time. The company has also formed links with local helicopter companies to  speed the hook up for quicker transfers between downtown and the airports JetSmarter may serve, such as Chicago Executive, DuPage, Waukegan and of course, Chicago O’Hare and Midway.

Automatic Dependent Surveillance Broadcast, better known as ADS-B in airplane talk, is a new system the allows aircraft anywhere to talk to air traffic control without using traditional radar systems. Radar is expensive to operate and ADSB is not.

Avidyne’s regional rep Ryan Paul was on hand Saturday for the monthly Leading Edge Flying Club breakfast, this month also joined by a number of members from the Chicago Executive Pilots Association. About 50 people attended the hour-long session in which Ryan explained the intricacies of deciding what kind of equipment to add to a general aviation airplane and at what cost. 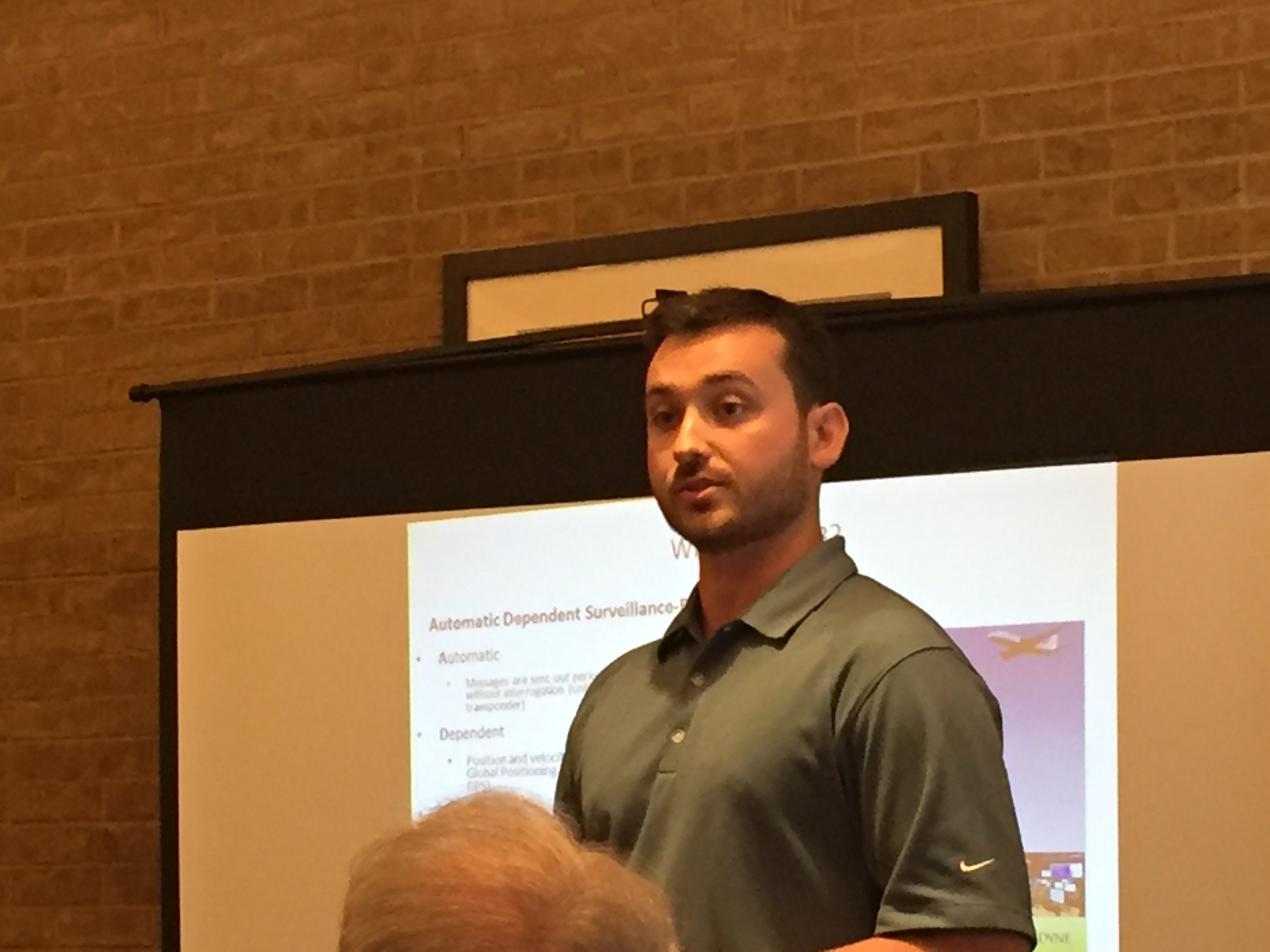 For aircraft owners, the real benefit of ADS-B will come once a new satellite system, soon to be launched by Aerion, allows aircraft to be tracked anywhere on the face of the earth, including over vast areas of ocean or in the deepest of the Amazon. For local pilots, installing ADS-B in a Beechcraft Bonanza or Cirrus SR-22 will offer a host of benefits including the ability to track other aircraft in the sky and to download radar weather reports. The FAA requires that all aircraft operating at airports like PWK be equipped with ADS-B by 2020.

Everyone involved in airplanes knows that nothing in our industry is cheap. GA aircraft operators are still hoping the cost to equip with an ADS-B unit will drop prior to 2020. Ryan explained that while there may be a few sales here and there from the electronics manufacturers like Avidyne, the real issue is going to be finding an avionics shop to install the equipment. In some cases, the switch to the newer ADS-B equipment might be quick, a bit like taking your car to ABT for a new stereo. In others, an aircraft could be in the shop for a week or longer. Ryan also explained that as the 2020 deadline approaches, the few shops capable of installing the new equipment will be busier and busier in a last minute rush to update. And if the airplanes don’t have ADS-B by 2020, they will be grounded until the equipment is installed.