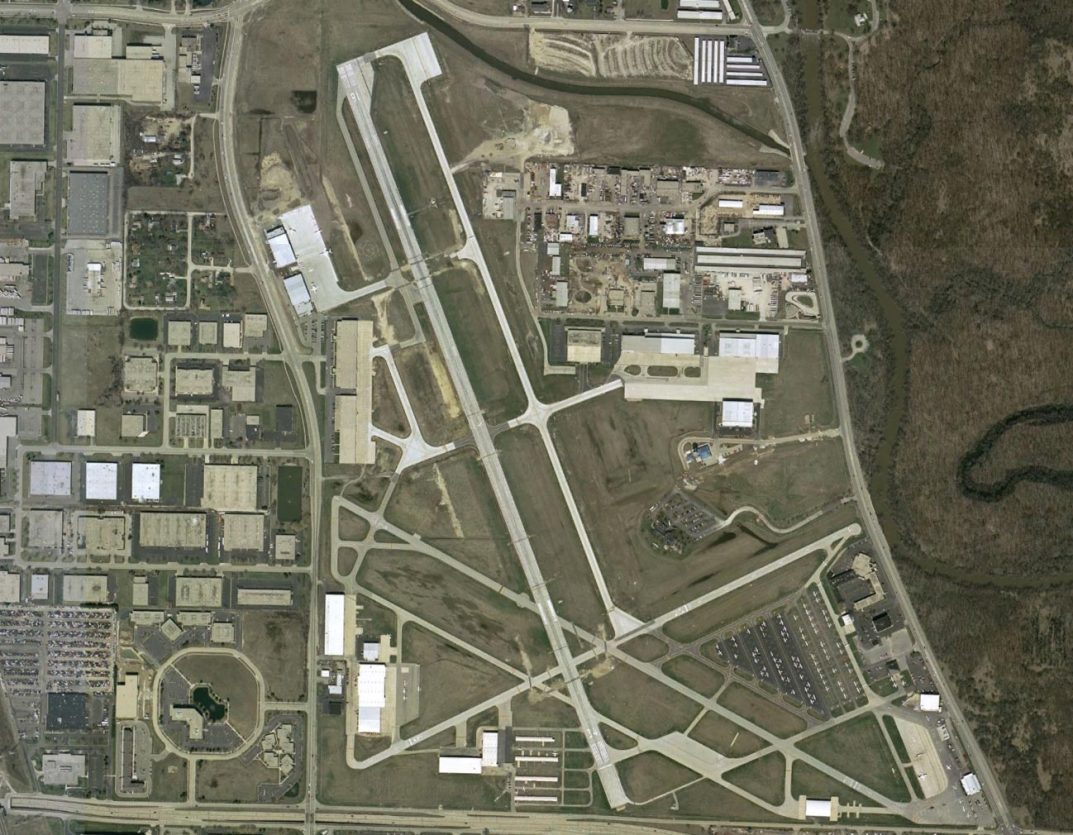 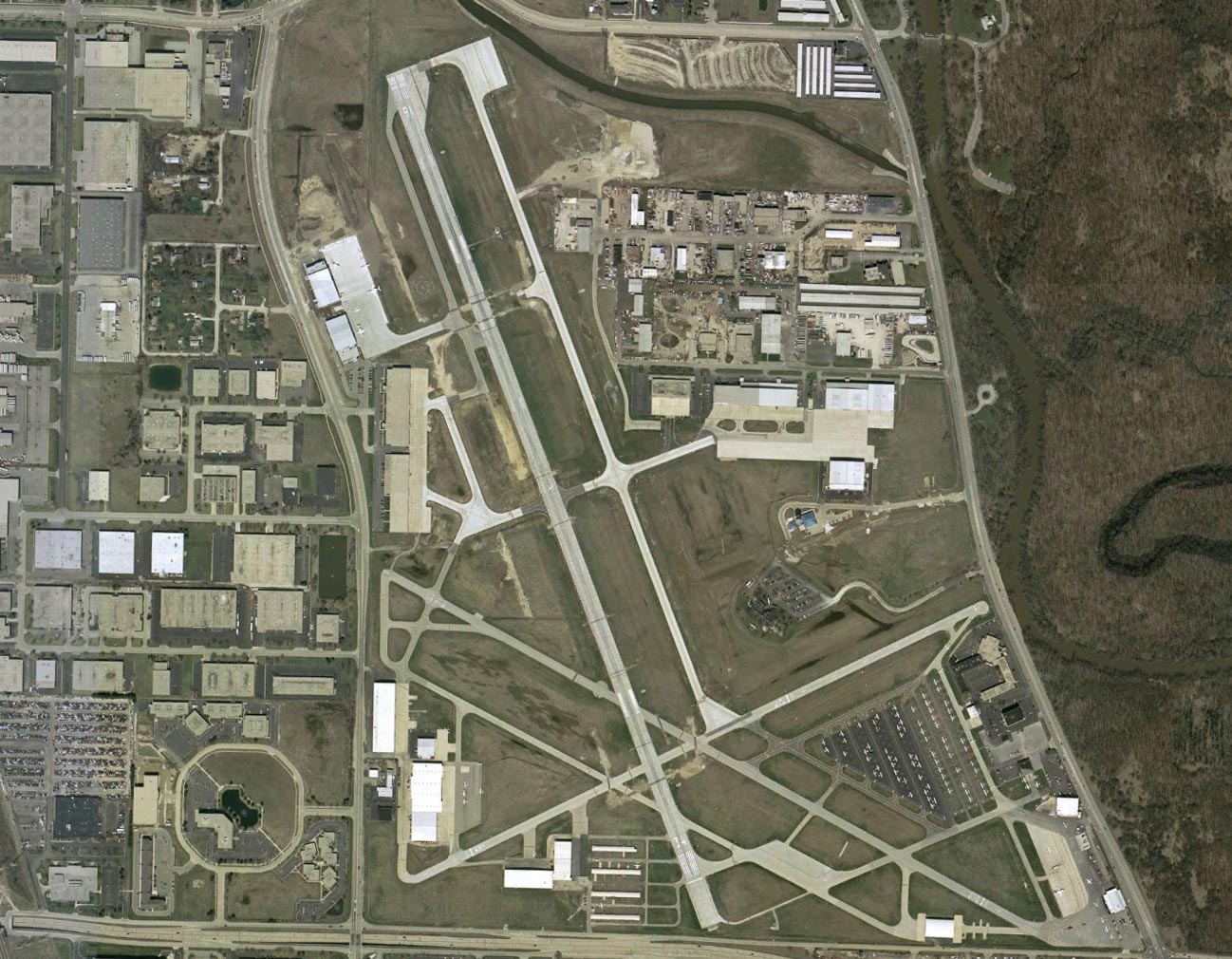 A runway is what makes a defined area an airport. As the FAA’s exhaustive airport design and engineering standards suggest, it is more than a long, straight strip of dirt, gravel, grass, concrete, or, on two of Chicago Executive Airport’s three runways, asphalt cut with shallow grooves to help dissipate water so the wheels of landing aircraft will not hydroplane. The third is paved with ungrooved asphalt. This asphalt is but the top layer of several applied on top of a substrate graded to a precise longitudinal crown that ensures water will run to its shoulders.

Chicago Exec’s runways are identified by the magnetic headings to the nearest 10 degrees. The three-digit compass headings for each end of PWK’s primary Runway 16/34 are 161° and 341° to 16 and 34. Painted markings not only “name” each end of the runway, they identify the centerline, threshold, touch-down zone, which is right after the runway number, and the fixed distance marks, a diminishing number of longitudinal lines spaced 500 feet apart.

Surrounding the pavement is a runway safety area, a smooth graded area free of obstacles that would damage an airplane that inadvertently undershoots the threshold, over-runs the opposite end, or veers off the pavement to either side. The runway lights that parallel each edge are frangible, designed to break away from their mounts when hit. Because an airplane’s speed plays a significant part in undershooting the runway threshold or over-running its other end, the FAA requires runway safety areas to extend 1,000 feet beyond the pavement. When this space isn’t available, airports, like Chicago Exec, employ EMAS, engineered material arresting system. As recently demonstrated, EMAS reliably absorbs high amounts of kinetic energy without excessive damage to the aircraft.

Chicago Exec’s Runway 16/34 is 5,001 feet long and 150 feet wide. Runway 12/30 is 4,415 feet long and 75 feet wide, and Runway 6/24 is 3,677 feet by 50 feet, but their entire lengths are not available for landing. The threshold of Runway 12 is displaced 295 feet from the actual end of the pavement. Runway 30’s threshold is displaced 432 feet. Runway 6/24’s thresholds are displaced 372 feet and 1,249 feet respectively. Airports displace their thresholds for a number of reasons, from obstacle clearance and noise abatement or meeting the undershoot and over-run runway safety area requirements. 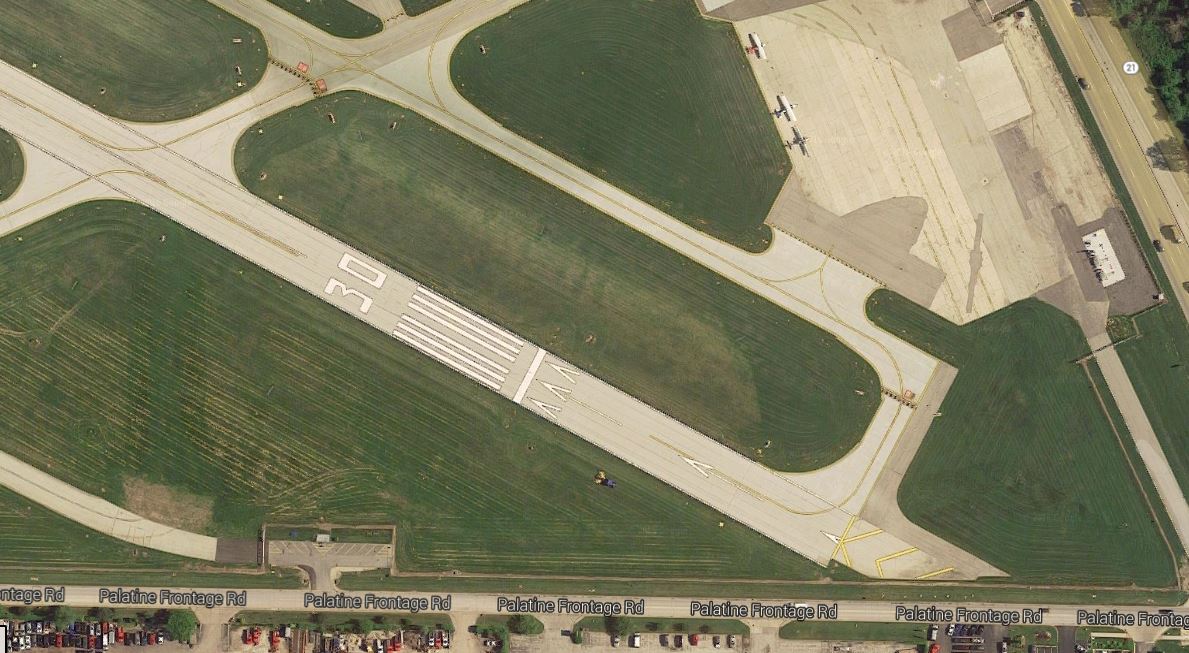 Available landing distance isn’t the only number important to jets; the accelerate-stop distance is another. It’s the distance a jet needs to reach V1, and then stop using maximum braking, if an engine fails before or at this airplane-specific speed. If an engine fails after V1, there isn’t enough pavement to stop safely so the pilot continues the takeoff on one engine, which is a design requirement for commercial and corporate jets. In planning every flight, pilots look at their destination’s runway information to make sure the runway meets the airplane’s requirements.

A runway’s requirements can also extend off an airport’s property. At most airports, a 3-degree glideslope ensures that a landing airplane will have an obstacle-free approach slope between its final approach fix and the runway’s touchdown zone. Several different light systems help pilots fly this approach path in good weather. Addison uses a PAPI, a precision approach path indicator composed of four lights that shine red or white depending on the airplane’s elevation. Four red is too low, four white is too high, and two of each is just right.

When the weather is bad, pilots follow their instrument landing system instruments, which align them with the runway centerline and keep them on glide path. Each instrument approach has weather minimums classified by ceiling and visibility. With its ILS, Runway 16 minimums are 300 feet and a mile, which is why it’s served by an approach lighting system, a combination of light bars and strobes that help pilots quickly make the transition from instruments to the runway and a safe landing.