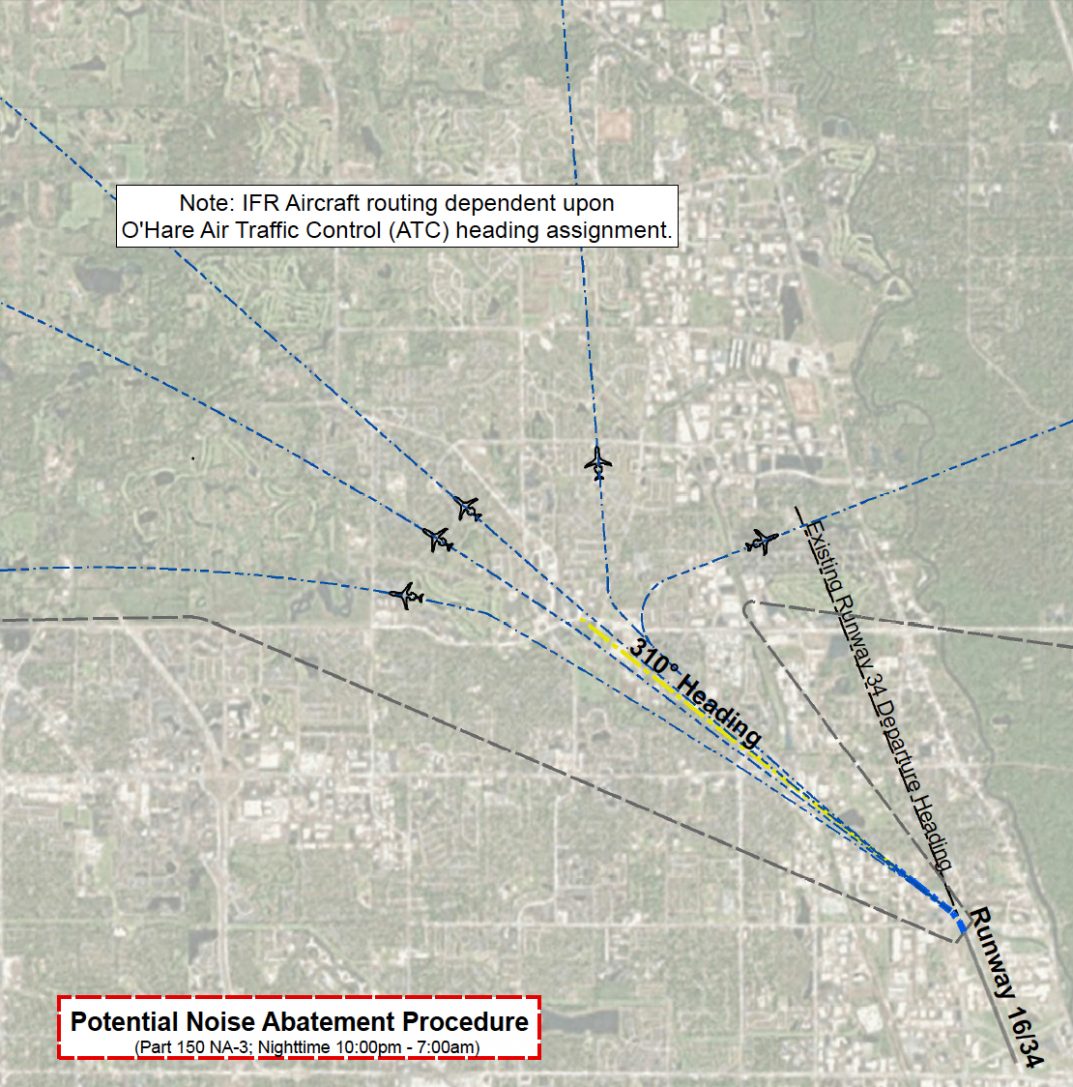 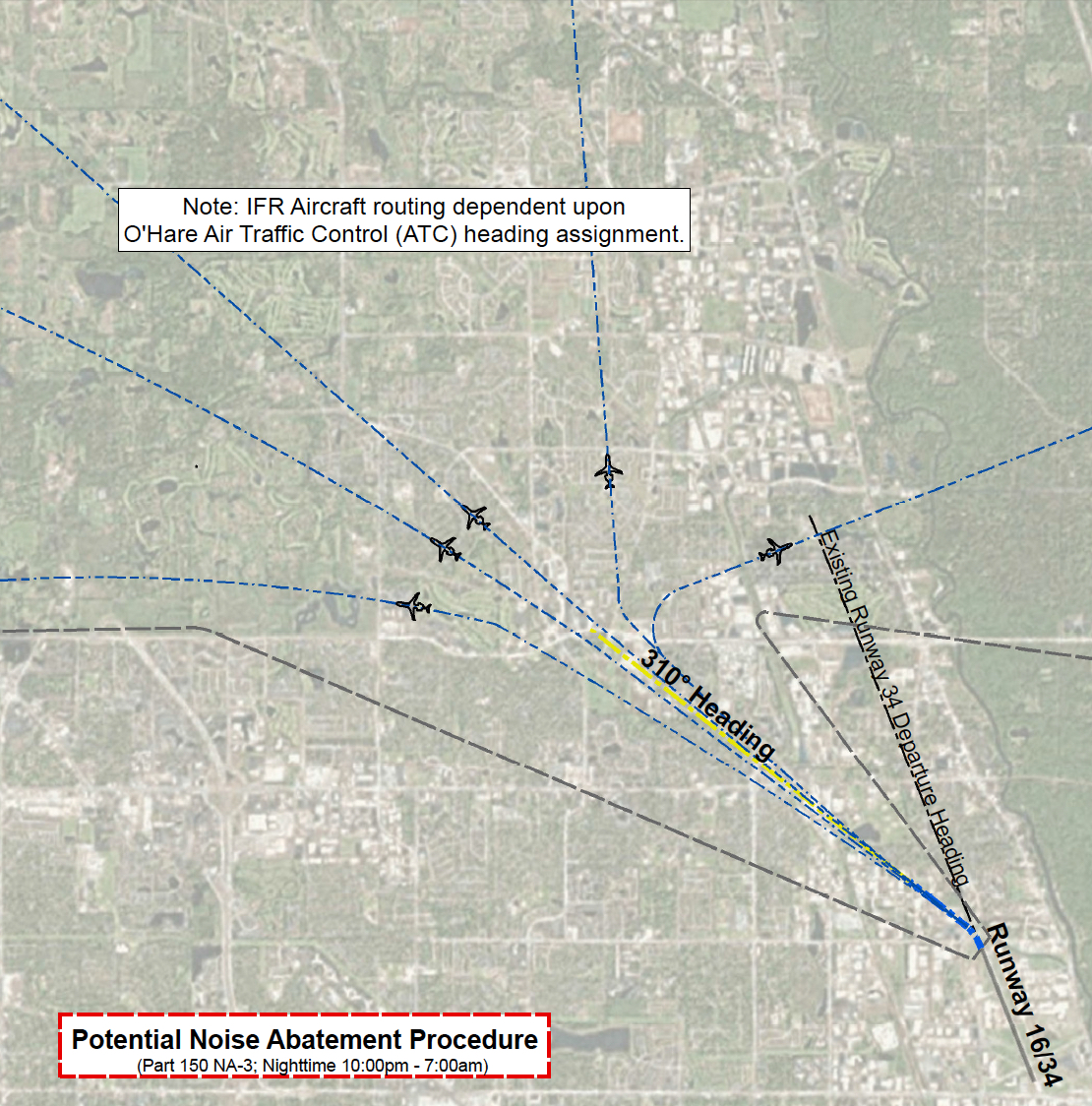 Runway 34 departure procedure proposes aircraft fly a 310 heading for a short while after takeoff.

Just ahead of next week’s quarterly airport noise committee meeting – March 9 at 6:30 pm – Executive Director Jamie Abbott is asking users for comments about a potential noise abatement procedure the airport is considering. The airport may ask for the procedure to be tested at night for a six-month trial period, to obtain public input on the noise associated with northbound nighttime PWK departures on residents north of PWK.

The procedure, included in previous Part 150 Noise Studies, would propose that turbine-powered aircraft departing runway 34, from 10:00 PM to 7:00 AM, to fly a 310 degree heading as soon as practicable after takeoff.

Aircraft would climb on this heading until reaching Lake Cook Road before proceeding on course, or to comply with further instructions issued by Chicago Departure Control. VFR aircraft would be asked to comply when able and with PWK tower approval.

The airport would like to hear what users think before the airport requests the six-month trial from the FAA. Send your comments to Jamie Abbott at jabbott@chiexec.com.

If you’re not already a subscriber to the PWK airport news feed, add your e-mail in the subscription box on our Home Page.