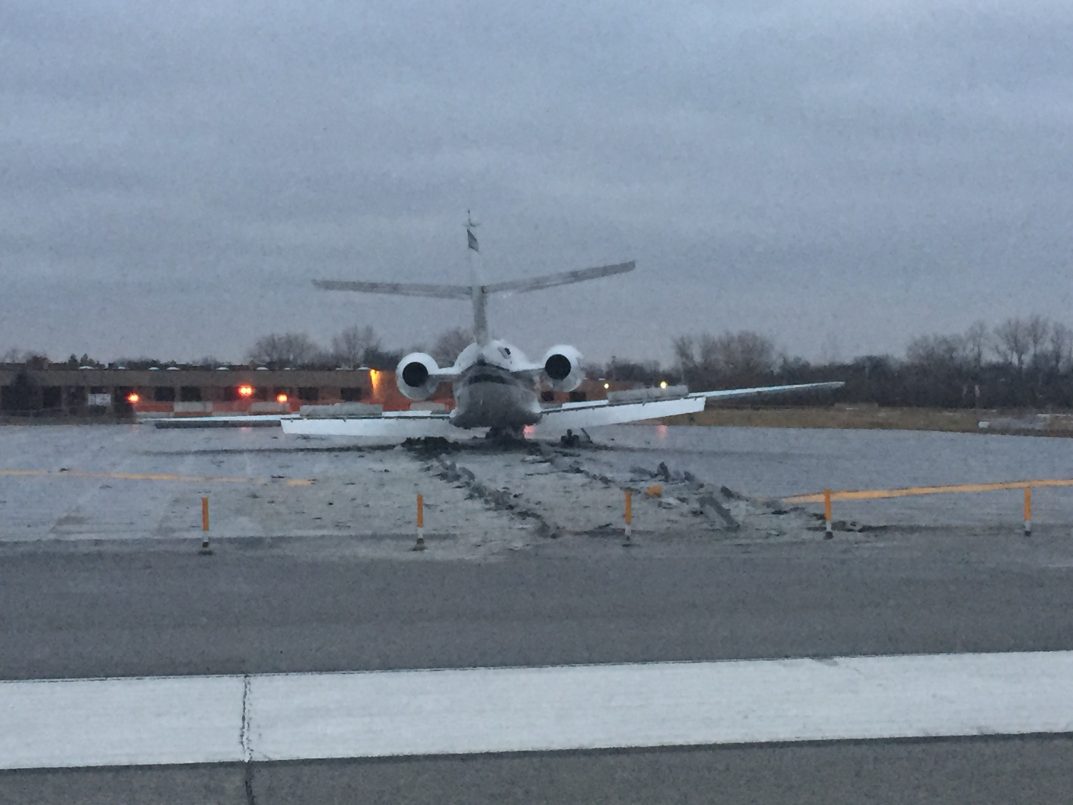 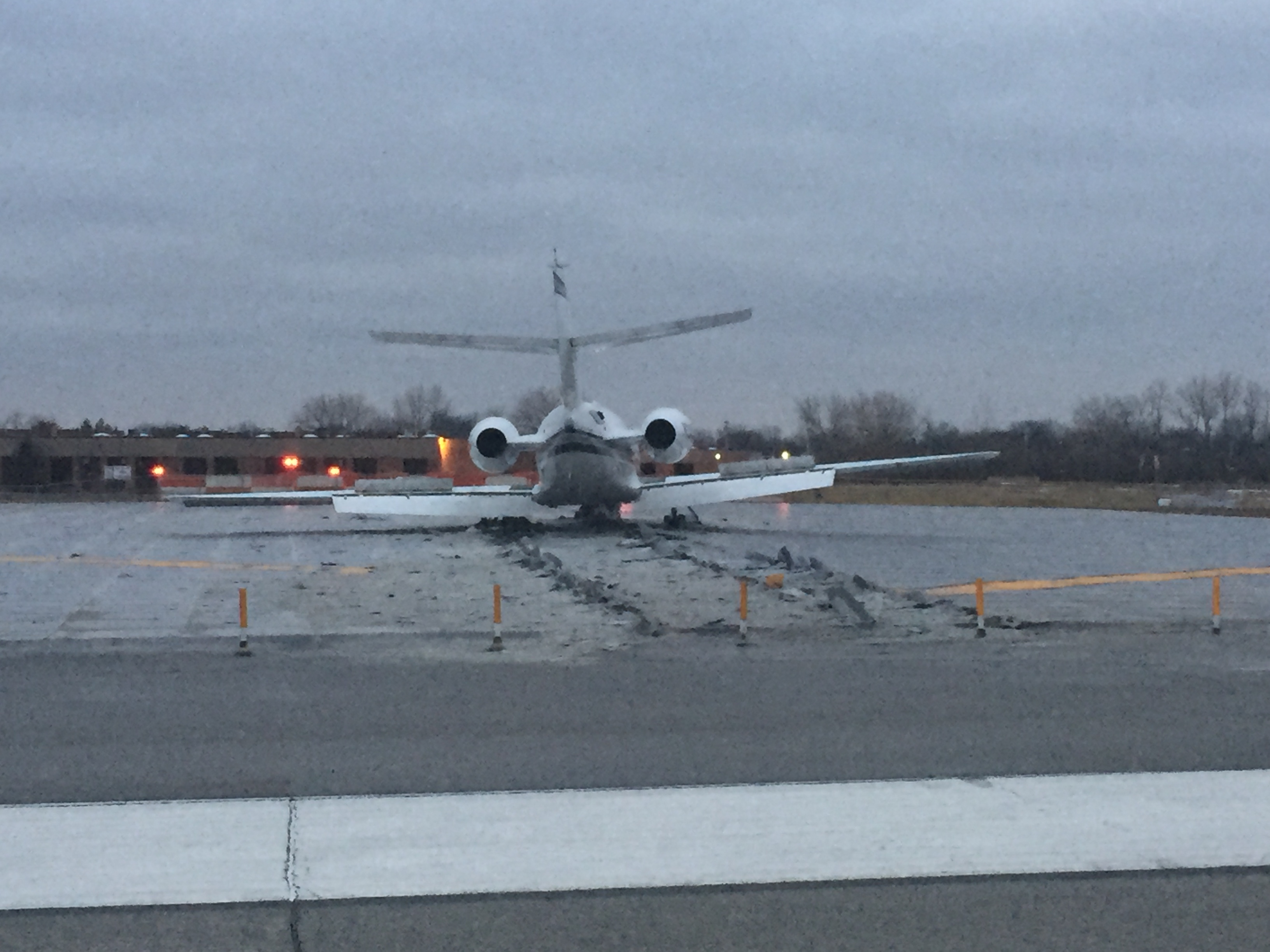 It seems as if it was just a few months ago that we published a story explaining that the airport’s new engineered materials arresting system (EMAS) was operational.

Actually, come to think of it, we did just write that story in November, explaining the safety benefits of a new EMAS now stationed at each end of the long, essentially north to south, runway 16/34.

The EMAS was installed after the FAA published a requirement for a safety barrier at each end of the runway at most airports. Unfortunately, Chicago Executive airport is land-locked with no extra open space to simply lay down an extra 1,000 feet of concrete at each end, of the runway to create that barrier, known as a Runway Safety Area. EMAS was the next best option.

In the early morning hours of January 26, just three months after the final EMAS work was completed, a Falcon jet pilot had trouble stopping his aircraft as he landed to the south from over Wheeling.

As the pilot approached the crushable EMAS blocks at the south end of the airport near Palatine Rd., the barrier performed precisely as it was designed. The blocks began to crumble under the weight of the 20,000 lbs. airplane and halted the aircraft in about 150 feet, preventing it from entering nearby Palatine Road. Neither of the two pilots was injured and damage to the aircraft was minimal. The aircraft has since flown out of the airport and back to its home base in Michigan. The reason the pilot was unable to stop is still under investigation by the FAA. 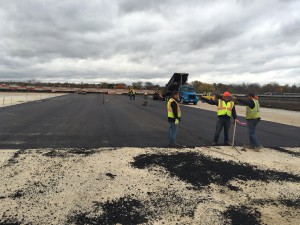 What’s really important about this story though is that the EMAS worked perfectly in January and brought the airplane to a safe stop with only minor damage. While an EMAS installation is not cheap, the Falcon pilots, as well as everyone in the community can rest easier knowing that the large aircraft that use runway 16/34 can indeed be stopped within the airport boundary in an emergency. Until repairs – estimated to cost about $396,000 – the barrier is still operational, except for the few blocks damaged by the Falcon that were removed. And in case you’re wondering, the airport doesn’t have to pay for the repairs. That bill gets sent to the insurance company of the Falcon’s operator.