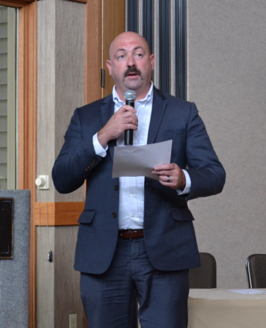 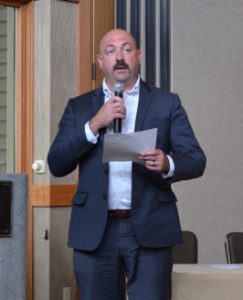 The Illinois Public Airports Association (IPAA) Monday elected Jamie Abbott as its 2018-19 Chairman. The IPAA promotes the development, construction, maintenance and continued improvement of publicly-owned airports throughout Illinois and the nation. IPAA is also one of the largest such airport organizations in the U.S. The association also functions as a bi-partisan political force advocating for legislation and public policy beneficial to both aviation and the general public.

Abbott will lead the association through several challenges facing Illinois airports; pilot/mechanic shortages, FAA AIP reauthorization, legislative education on the value of aviation in Illinois following this fall’s elections and a vast array of environmental and compliance regulations. Following his election at the IPAA’s annual member meeting in Galena Illinois, About said a few of the initiatives he’s planning to pursue include, “continuing to strengthen IPAA’s membership, as well as the association’s support of the Division of Aeronautics as our partner in the success of Illinois aviation.” This year’s meeting in Galena saw a record number of attendees.

While Chairman of the IPAA, Jamie Abbott will continue to serve as Executive Director of Chicago Executive Airport in Wheeling Illinois.

Chicago Executive serves as one of the area’s top reliever airports for Chicago O’Hare International (ORD), accepting some 80,000 corporate, charter and light recreational aircraft, annually. Located just 10 miles north of ORD, Chicago Executive Airport is jointly owned by the City of Prospect Heights and the Village of Wheeling IL. Visit us at chiexec.com for additional information.