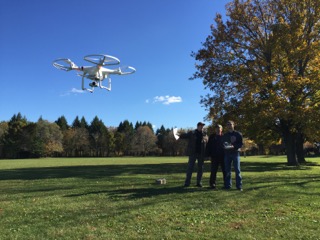 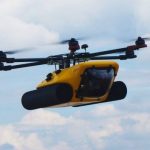 The FAA said it has had enough of drone operators who don’t seem smart enough to remain clear of locations where their aircraft might interfere with wildfire containment crews, law enforcement efforts, or other first responders, like medical flights. The agency said last week that violators are now more likely to face serious civil penalties, even first-time offenders.

Deterring interference with first responders is critical, particularly as drone use expands exponentially. Firefighting aircraft trying to contain a wildfire have to suspend flights when a drone enters the area to avoid a possible mid-air collision. A drone flying over a crime scene or accident site can hamper police or medical aircraft operations. Ultimately, interference by a drone can cost lives.

Under traditional agency guidance, inspectors generally use non-enforcement methods, including education, for correcting unintentional violations that arise from factors such as flawed systems, simple mistakes, or lack of understanding. However, given the potential for direct and immediate interference with potentially life-saving operations where minutes matter, offenders will immediately be considered for enforcement actions. Enforcement actions can include revocation or suspension of a pilot certificate, and up to a $20,000 civil penalty per violation.

In July 2016, Congress authorized the FAA to impose a civil penalty of not more than $20,000 for anyone who operates a drone and deliberately or recklessly interferes with wildfire suppression, law enforcement, or emergency response efforts. The FAA recently created guidance for agency personnel that says all cases involving interference with first responders will be referred to the FAA Chief Counsel’s office for possible enforcement action.

This FAA action is separate from new provisions included within the FAA Reauthorization legislation that would allow authorities to track, intercept or even shoot down drones considered a security threat.

This story originally ran at flyingmag.com