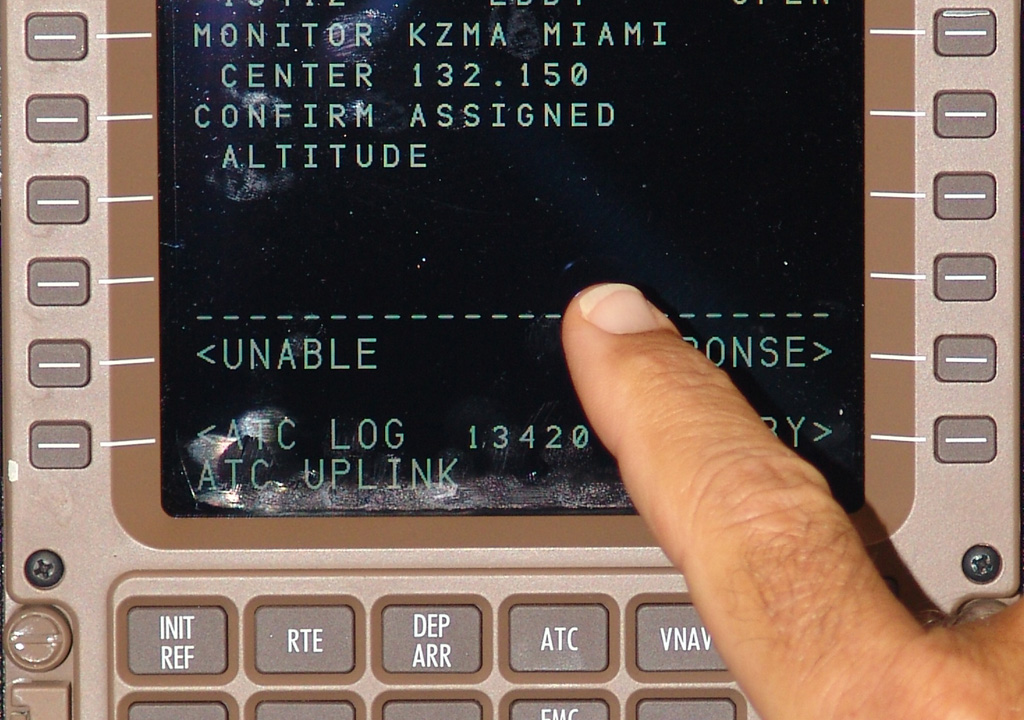 That’s right. The FAA wants pilots to text while flying. But not on your phone. A VHF Data Link, is the digital conduit for text messages between ATC and airplanes. Consider it the next step in the Next Generation Air Transportation System. Right now participation is voluntary, but one way or another, that may change once we get past the ADS-B deadline of January 1, 2020 (How are you doing on that, by the way?).

There’s no telling if or when there will be a similar mandate for data communication equipment, but ATC has ways of encouraging aircraft operators to step up. First among them is serving first those aircraft with the desired equipment. And with data comm, being equipped is the only way to take advantage of the service.

For those fuzzy on exactly what data comm is, and what it can do, in simple terms, it’s a text message a controller sends to a pilot. When the system is fully operational, it could be anything from an IFR clearance to reroutes to a alternate destination and just about anything in between. The messages use a set format. Upon receipt, the pilot reads and then pushes a button to accept or decline the instructions. If accepted, the pilot then hits another button to load the instructions into the airplanes flight management system.

In most circumstances, the benefits of ATC text messages should be obvious, and the FAA is making a serious effort to eliminate “Say Again!” from the vocabularies of air traffic controllers and pilots. It has erected data comm towers sites that cover the contiguous United States and established data comm services at 55 airports. Minneapolis-St. Paul joined the data comm family on April 11, and Chicago O’Hare and Midway preceded it on December 9, 2016.

Right now data comm is pretty much limited to departure clearances, including flight plans and related advisories. But still, equipped aircraft don’t have to worry about stuttering through a read back or scribbling a reroute because of weather while taxiing for takeoff. A quick read, press the accept button, press the load button, and you’re good to go. And the quick efficiency of data comm ATC text messages increases the chances of blasting off before that nasty weather arrives.

Once all the tower data comm services are in place, the FAA will start on the next phase, en route data comm. They hope to start implementing it in 2018. Since the tower implementation is 2.5 years ahead of schedule (and under budget!), they’ll probably make that target.  The FAA tested data comm’s en route capabilities in 2015 at the Kansas City Air Route Traffic Control Center, and the lessons learned are being incorporated into the baseline design, and the target date for it to begin operation is 2019.

Full en route services should begin in 2022, and full services at all 20 ARTCCs should be online by 2023. Full service adds text messages for advisories; controller-initiated routes; crossing restrictions; direct-to-fix messages; and holding instructions. So far, the FAA says, more than 1,100 airline, business, and military aircraft have traded in their analog avionics for digital FANS (Future Air Navigation System) and VHF Data Links. Consider them the “cool kids” at the airport, the digital data comm crowd that always seems to be at the head of the line.