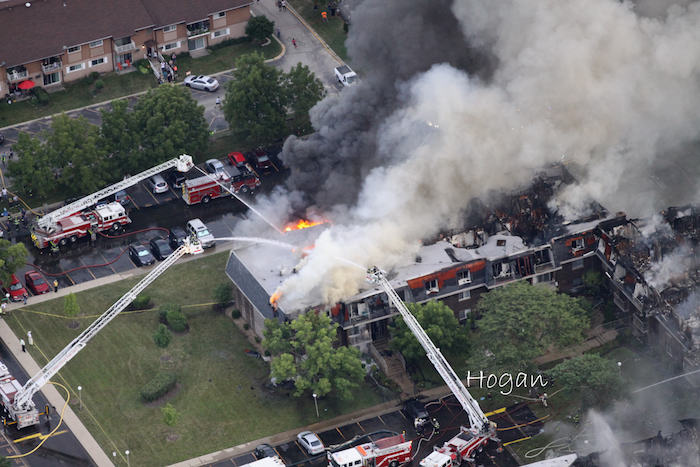 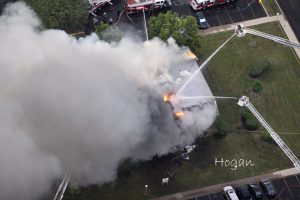 By now, nearly everyone has heard about the huge fire that occurred in the River Trails condominiums on Wednesday afternoon. So intense was the blaze in fact, that 150 fire fighters from 50 surrounding departments answered the call to assist the Prospect Heights Fire Department. In the end, three of the three-story buildings were consumed by the flames. Through some miracle though, no lives were lost. The personal toll however was still massive with more than 300 people displaced, families who lost nearly everything they owned. 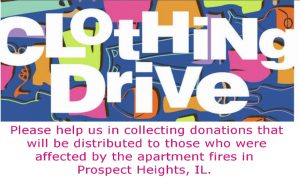 Chicago Executive Airport and many of its tenants have joined other local civic groups to gather clothing and toiletries for donation to the River Trails’ families. CLOTHING-DRIVE-2018.

You can help today, by donating any men, women or children’s clothing, including belts and shoes. Toiletries like toothpaste, soap, shampoo and disposable razors are also in short supply.

Bring your donations today to any of three convenient airport locations. On the east side of the airport, one location is Signature Flight Support, 1100 South Milwaukee Ave. Another is Hawthorne Global Aviation Services, 1120 South Milwaukee Ave. The third location, Atlantic Aviation is located on the west side of the airport at 1011 South Wolf Road.

Thank you for your support.