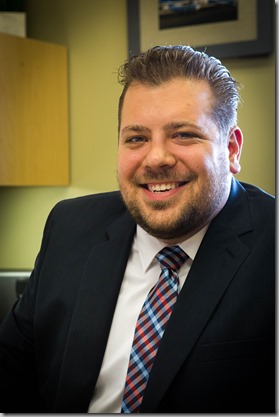 Chicago Executive Airport’s new airport operations coordinator, Andrew Wolanik, who started work just before the year 2016 began, describes his responsibilities and his goals in simple terms. “Basically, I’m responsible for everything inside the airport fence and with the airport operations maintenance crew our goal is to make Chicago Exec a better, safer, more efficient environment for resident and visiting aviators and businesses.”

This ranges from seemingly mundane tasks like cutting the grass and coordinating the snow removal teams to other equally important tasks, like the daily inspection of all airport pavement for FOD, and removal of these items that can cause expensive Foreign Object Damage when an aircraft runs into or over it, or sucks it into an engine. Worldwide, FOD costs aviation about $13 billion a year, and the administration team does not want operations at PWK to add a penny to that total and, more importantly, doesn’t want anyone to get hurt.

“Runway 16 is 150 feet wide, and it is hard to see all of it, and to make sure the lights that line it, are in optimum operating order on a single pass,” Wolanik explained. So he updated the inspection routes defined by a standard operating procedure to increase the number of passes to give the pavement and lights a more thorough visual inspection, and the airport recently acquired a drag-behind 72-inch FOD magnet that collects the ferrous FOD that’s hard to see.

Coordinating snow removal operations is even more involved. Beyond scheduling the six full-time maintenance crew to shifts that ensure a continuous effort during the storm, Wolanik must employ the right equipment, the plows, rotating brooms, and snow blowers, in the proper sequence that is predicated on the type of snow. There’s a big difference between 2 inches of dry, light snow and 6 inches or more of the heavy wet stuff. And then there is ice. Dealing with it requires almost constant measurement of air and pavement temperatures, which play a critical part in the effectiveness of the anti-icing fluid sprayed on the pavement.

Discussing ways to improve the airport’s operating procedures—and address new challenges—is a collaborative effort most easily seen at the team’s regular safety meetings. The team, which this summer includes four interns, is more like a family, said Wolanik, and this in one of the leading reasons he applied for the position.

Wolanik, who graduated from Lewis University n 2010 with a degree in aviation administration, became a member of this family during his summer internships in 2009 and 2010. “Those were memorable summers,” said the Lake in the Hills native. “I had a lot of fun learning from people who became friends (some of whom attended my wedding), and I always wanted to come back here.”

Between graduation and joining the Chicago Exec family full time, Wolanik worked as a senior logistics coordinator at Priester Aviation, he said. This experience not only added an aviation dispatcher rating to his FAA certificate as an instrument-rated private pilot and advanced ground instructor, it gave him valuable insights on how general aviation operations work affects the operations of PWK’s aviation businesses. It is an important component of his holistic approach to making Chicago Exec a better, safer, more efficient place to fly.