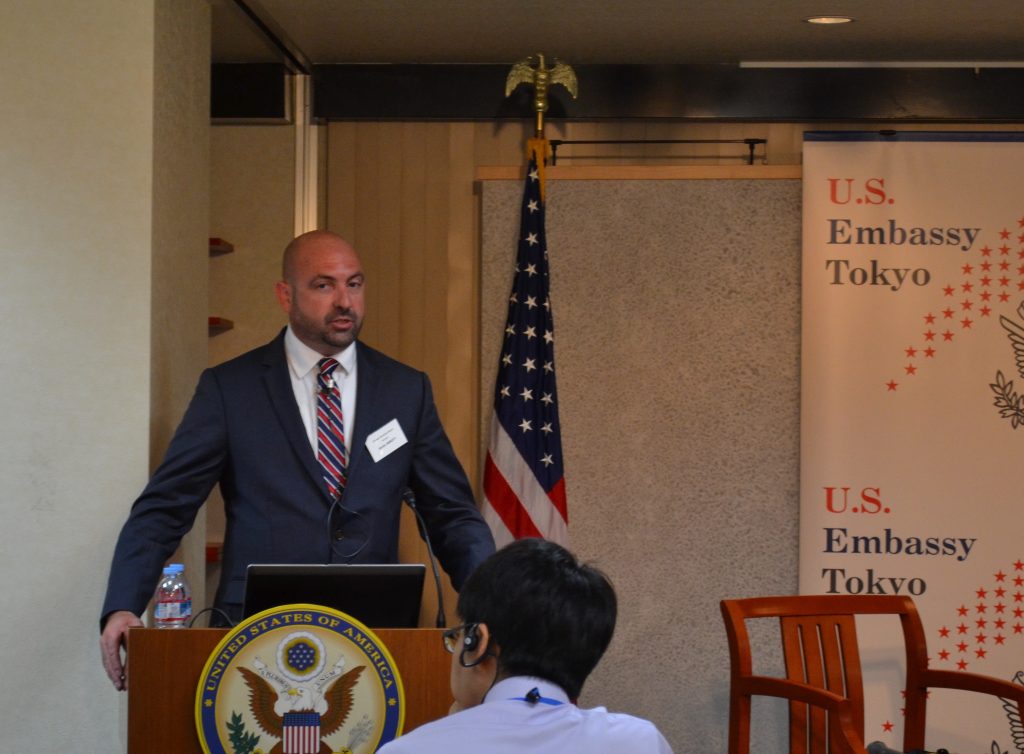 Late in September, Chicago Executive Airport Executive Director, Jamie Abbott, was invited to speak about EMAS, the engineered material arresting system installed on both ends of the airport longest runway 16/34. EMAS is designed to snag an airplane that normally might have run off the end of the runway, possibly spilling on to nearby highways. The airport’s EMAS was just installed last fall.

The seminar was organized to share information between an airport operator like PWK and a potential Zodiac Aerospace customer. Zodiac, the original designer of the EMAS, covered all travel expenses for Mr. Abbott’s trip. While this kind of invite normally wouldn’t raise anyone’s interest, this one did, because Zodiac’s customer was in Tokyo. In fact, the customer team was actually comprised of the Japan Civil Aeronautics Bureau, the Regional Civil Aeronautics Bureau, Narita International Airport and Japan Ministry of Defense. In all, about 50 people were in attendance. The team from Japan was trying to decide whether or not to install EMAS at Tokyo’s Narita International airport.

EMAS is constructed of light concrete bricks that crumble beneath the weight of an aircraft, quickly slowing the machine to a halt, usually with minimal damage to the airplane. EMAS bricks safely stopped a Boeing 747 and an MD-11 aircraft when they overran runways at New York’s JFK airport some years ago. With the paint on Executive airport’s new EMAS barely dry last January, the system was put to the test about 4 a.m. when a Falcon 20 cargo jet struck the barrier at the south end of the airport after it was unable to stop while attempting to land on runway 16. The aircraft was barely scratched and there were no injuries to either of the two pilots.

With the training for airport and local firefighting crews still fresh, emergency crews responded quickly with each element of the incident response working just as expected. The aircraft was pulled out of the barrier later that day to be made ready to fly again.

The EMAS system, while still serviceable, did require repairs in order to bring it back to 100 percent strength. That meant ordering replacement blocks and scheduling crews to handle the repairs. Of course Executive airport had no experience with the process of repairing the EMAS, which meant quite a bit of interaction with insurance companies, the FAA and EMAS creator Zodiac Aerospace. These interactions were precisely what the people in Japan wanted to hear more about.

Mr. Abbott said the FAA spoke first about why U.S. airports have runway safety areas (RSA) and how valuable a product like EMAS can be to airports that don’t have the real estate for a standard RSA, like Executive. “Then they turned it over to me to explain how and why we chose the product,” Abbott explained.

“I also spoke about how we paid for the EMAS and details about the construction process, as well as how to inspect the system and maintain it.” In all, about 50 people attended the Tokyo event that was presented to the audience mainly through a Japanese translator. 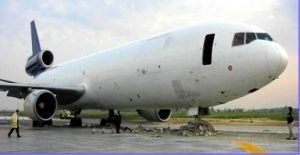 When asked why it was important enough to bring our Executive Director to Japan, Abbott said, “I think because our use of the EMAS barrier by that Falcon was such a textbook case. Everything worked just the way it was intended.” Abbott said there seemed to be tremendous benefits for the Japanese in the airport operator-to-airport operator kind of format used during the event.