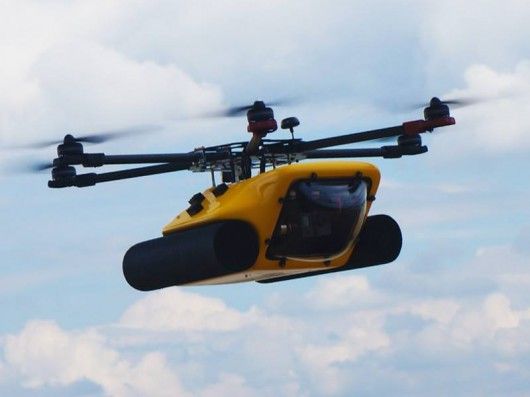 Every holiday season is busy, for everyone these days. This year, 2015, opened a door into a new world of safety concerns for everyone who operates at Chicago Executive airport.

A few weeks before Christmas, as sales projections for unmanned aerial vehicles, or drones as most of us call them, indicated more than a million of these little buzzers might find their way under Christmas trees around the U.S., aviation-industry thinking began to realize that many of those drones would soon be operated by people who knew next to nothing about the aviation industry. The airspace above everyone’s is very well organized to ensure that every aircraft in the sky, does so safely. But how could we talk to new drone operators and tell them that their drone might end up becoming a nuisance to aircraft, at best, or a hazard at worst, much the way the hazardous use of laser pointers has increased the past five year?

The airport management team at Chicago Executive airport, as well as the Board of Directors, decided to preempt the potential for a collision between a drone and an airplane by creating a public education campaign to inform users of the dangers their vehicles could create should they be flying within five miles of any airport, but specifically around PWK. The information we’ve gathered over the past month has formed the basis of the airport’s new Drone Resource page where users will find useful links to FAA documents, safety-training videos and organizations that support the drone industry.  We were pleased the Daily Herald thought enough of our recent efforts to run a front page story about drones on Christmas Eve. People can subscribe to airport updates on the resource page that will include fresh information about drones as soon as we receive it.

The airport doesn’t want to restrict anyone’s use of a new UAV. In fact, we don’t have such authority anyway. But we would like this new class of aviators to realize the safety of everyone on board a manned aircraft could be threatened when people operate drones irresponsibly, especially near an airport.

We’d like to urge anyone operating, or thinking about operating a drone, to take a look at our new resource page, or pass this link along to anyone in the community they think might benefit from better understanding the safety issues surrounding a potential mix-up of UAVs and airplanes. Of course we’re also here to answer your questions about how drones fit into the world these days. You’ll find all the contact information you need on our Drone Resource page.