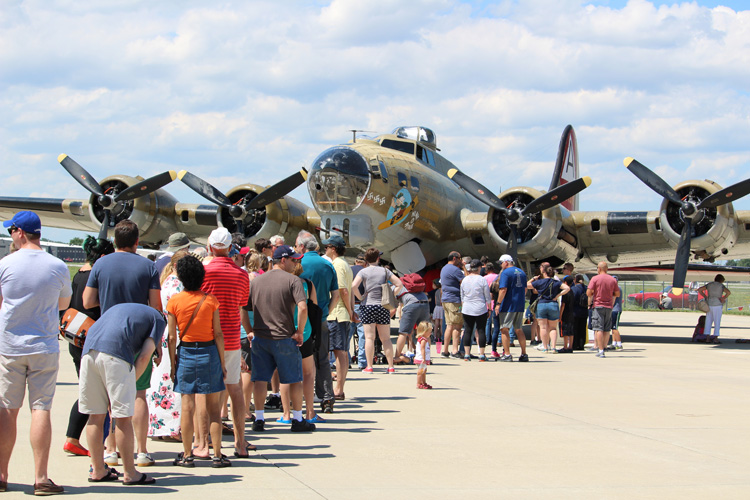 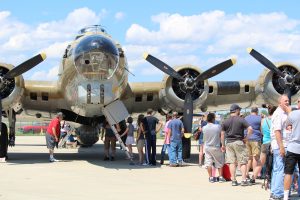 The Collings Foundation’s WWII aircraft will soon be back at PWK by popular demand. The fleet begins arriving late morning on July 27 and should be available for tours by 2 p.m. each day and wrap up around 5 p.m. This year though, the aircraft will only be staying with us for the weekend due to their hectic summer schedule. They’ll all depart in the early evening on Sunday, July 29.

The aircraft are expected to part along the east end of Runway 24 near the new hangar being constructed on the east side of the airport. The best place to turn in will be off Milwaukee Ave. at Tower Road that leads directly to the airport’s control tower, then follow the signs. 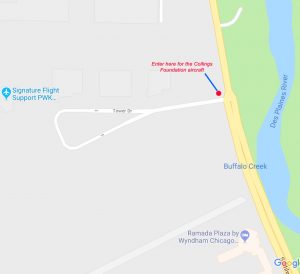 This year the group includes a Boeing B-17, a Consolidated B-24 Liberator, a North American B-25 and a TF-51D, the two-place version of the North American P-51 fighter.

There are two ways to absorb this historic scenery. Tours of the aircraft are available while they’re on the ground. The cost – $15 for adults and $5 for children – all goes into the kitty to support the operation and maintenance of the aircraft, which by the way runs more than $1,000 per hour for each aircraft.

For those with more of a need for speed, rides aboard the aircraft are also available. The seats are all original, which might mean simply sitting on the floor of the B-17 with a seat belt around you as you stare out the waist gunner station along the way. Once airborne, depending on the smoothness of the air, the captain might allow passengers to have a look from the gun turret on top of the aircraft, or from the bombardier’s station in the nose before returning to the airport.

More information about the Collings Foundation is available here.